Tag Archives | In the Media 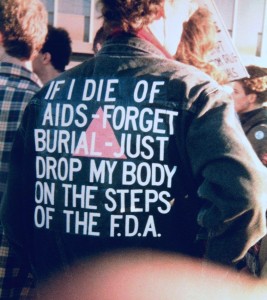 Don’t start any rumors, I’m keeping my old love, and not just because I’m afraid to give up the political connections our partnership contains. But I’ve got a new love: local anonymous queer propagandists f.i.e.r.c.e.n.e.s.s.. They have posted a really excellent text on privilege and queerness, which I’m happy to attribute to its author if they come forward….

It’s not just what you know — it’s what you never have to know. It’s happening every day, at that party or park or potluck, when you can look like what you really are and touch who you really want to touch without feeling like you’re violating others’ expectations. It’s never being forced to examine accepted ideas of gender and sexuality, despite their arbitrary nature. It’s never having to realize that people are seeing you as something you know you are not.

Privilege is about safety and belonging. It lies hidden in identities and desires that don’t need to be justified or defended or even spoken of, because they reaffirm the identities and desires of most of the people around you. Privilege is assuming, before you even get there, that your gender and your sexuality are welcome and expected wherever you might want to go. (emphasis mine)

I don’t know about you but I think about how welcome my gender and sexuality will be whenever I go out, and I’m almost always prepared to be unexpected at best. It doesn’t usually influence where or when I go, or much of how I present myself, but it certainly influences my feeling of armoring up to go out into the world. Being visibly queer is a complicated thing, and many brilliant folks I know are marginalized because of it. Being accepted in the mainstream is lovely in many ways, but it comes with the pressure to be acceptable to the mainstream. I think hard about where I am and am not willing to compromise. (I don’t shave my legs, but I always wear pants.) My gender is not an unconscious thing – it’s something I do, think about, wrestle with, and prepare to confront folks about on a daily basis.

I’ve been hearing some pushback that some recent queer events have been hostile to folks perceived to be heterosexual or heteronormative. This is not part of my vision of queer liberation. I’d love to think and talk more about how we create spaces to be queer in its original sense: transgressive and nonconformist, outside the norm. Not to rigidly expect that everyone look like us, or that only freaks and outlaws be invited, but where the new norm is no norm. Because we all deserve the privilege of feeling like we’re welcome and expected.

0
By Jenn Steinfeld on July 1, 2011 in Marriage, Uncategorized

The Bishop and I are share a hometown with a unique dialect, wherein “neb nose” is someone who is butting into another’s business without warrant.

(And let me be very clear that while I disagree wholeheartedly with his position here, I also wholeheartedly support his right to believe, and preach, whatever he likes.) We might both bleed black and gold during football season, but that’s about all we agree on. Here’s his absolutely appalling statement on civil unions, released despite the horrible Corvese Amendment that basically allows religious institutions to ignore civil unions in any context (including making medical decisions at religious hospitals, recognizing parental rights at religious schools, and obtaining housing from a religious shelter). Essentially, this is like passing legislation that allows religious institutions to ignore divorces. Hope you feel good about having your first wife make those end-of-life decisions for you….

I am deeply disappointed that Rhode Island will establish civil unions in our state. The concept of civil unions is a social experiment that promotes an immoral lifestyle, is a mockery of the institution of marriage as designed by God, undermines the well-being of our families, and poses a threat to religious liberty.

In this context it is my obligation to remind Catholics of the teachings of the Church on this matter. First, the Church continues to have respect and love for persons with same-sex attraction; they are indeed children of God and our brothers and sisters in the human family. We pray for their well-being and offer them spiritual guidance and pastoral care. We also extend our love and support to families of homosexual persons who sometimes struggle with this difficult emotional issue.

At the same time, the Church reminds its members that homosexual activity is contrary to the natural law and the will of God and, therefore, is objectively sinful. Persons with same-sex attraction are required to live the Christian virtues of chastity and modesty, as all persons are. The importance of these virtues is clearly established in the Holy Scriptures and in the constant tradition of the Church.

Because civil unions promote an unacceptable lifestyle, undermine the faith of the Church on holy matrimony, and cause scandal and confusion, Catholics may not participate in civil unions. To do so is a very grave violation of the moral law and, thus, seriously sinful. A civil union can never be accepted as a legitimate alternative to matrimony.

Can there be any doubt that Almighty God will, in His own time and way, pass judgment upon our state, its leaders and citizens, for abandoning His commands and embracing public immorality? I encourage Catholics to pray for God’s patience, mercy and forgiveness in these distressing times.