Bob Plain at WPRO had a long conversation with Gordon Fox about the legislative session. Here’s the 2-part excerpt about civil unions. We’d love to hear your reactions in the comments, and invite you to submit your own posts (but please review our Submission Guidelines first). 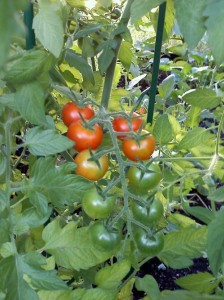 When I’m not working, or ranting and raving, I’m in the garden. (Those are my cherry tomatoes from last year.) The past couple of years I’ve had the great honor of working with the Southside Community Land Trust to teach others to grow healthy food. Next Saturday I’ll be teaching a workshop in the Beginning Growers Series. I’ll be covering Weeding, Harvesting, and Cultivating Fall Crops on July 9 from 10-11 am. (It’s not exactly LGBTQ but since I’m the instructor it will at least be a little queer.) I’ll be talking about my new favorite topic, organic fertilizing with fish emulsion, and there will be samples of fish emulsion to take home. The event is hosted by the Cadillac Drive Community Garden , which is worth seeing – I taught a bunch of workshops there last year and it totally knocked my socks off. The garden is near the corner of Early St. and Cadillac Dr., so get directions to 6 Cadillac Drive and come see the park. You can see the garden under construction and get directions here. Visit the Land Trust’s events page for more upcoming home gardening events.

0
By Jenn Steinfeld on July 1, 2011 in Marriage, Uncategorized

The Bishop and I are share a hometown with a unique dialect, wherein “neb nose” is someone who is butting into another’s business without warrant.

(And let me be very clear that while I disagree wholeheartedly with his position here, I also wholeheartedly support his right to believe, and preach, whatever he likes.) We might both bleed black and gold during football season, but that’s about all we agree on. Here’s his absolutely appalling statement on civil unions, released despite the horrible Corvese Amendment that basically allows religious institutions to ignore civil unions in any context (including making medical decisions at religious hospitals, recognizing parental rights at religious schools, and obtaining housing from a religious shelter). Essentially, this is like passing legislation that allows religious institutions to ignore divorces. Hope you feel good about having your first wife make those end-of-life decisions for you….

I am deeply disappointed that Rhode Island will establish civil unions in our state. The concept of civil unions is a social experiment that promotes an immoral lifestyle, is a mockery of the institution of marriage as designed by God, undermines the well-being of our families, and poses a threat to religious liberty.

In this context it is my obligation to remind Catholics of the teachings of the Church on this matter. First, the Church continues to have respect and love for persons with same-sex attraction; they are indeed children of God and our brothers and sisters in the human family. We pray for their well-being and offer them spiritual guidance and pastoral care. We also extend our love and support to families of homosexual persons who sometimes struggle with this difficult emotional issue.

At the same time, the Church reminds its members that homosexual activity is contrary to the natural law and the will of God and, therefore, is objectively sinful. Persons with same-sex attraction are required to live the Christian virtues of chastity and modesty, as all persons are. The importance of these virtues is clearly established in the Holy Scriptures and in the constant tradition of the Church.

Because civil unions promote an unacceptable lifestyle, undermine the faith of the Church on holy matrimony, and cause scandal and confusion, Catholics may not participate in civil unions. To do so is a very grave violation of the moral law and, thus, seriously sinful. A civil union can never be accepted as a legitimate alternative to matrimony.

Can there be any doubt that Almighty God will, in His own time and way, pass judgment upon our state, its leaders and citizens, for abandoning His commands and embracing public immorality? I encourage Catholics to pray for God’s patience, mercy and forgiveness in these distressing times.

Last night the Rhode Island Senate passed a really problematic Civil Union bill. If you believe that a successful compromise is one that leaves everyone disapponted, it really hit the mark. The bill includes “religious exemption” language that might well set LGBT rights back 15 years in the Biggest Little, allowing religious institutions and individuals with “sincerely held beliefs” to ignore the very relationship status it creates. And because it’s so broad and sweeping, it may allow people to ignore the civil rights laws passed 15 years ago.

I’ve not been a supporter of civil unions for many years. Once Massachusetts, our neighbor state, began allowing same-sex couples to marry in 2004, the game changed. To pass a civil union bill now, in New England, less than a week after New York passed marriage equality legislation, makes us look provincial and stupid. To pass one with such wide reaching religious exemptions that it may actually remove queer folks’ rights to housing, hospital visitation, and funeral planning, well, that’s just wrong.

Context is important here. As I wrote in my testimony against civil unions this year, before the horrible Corvese amendment was added, “here in New England it is absurd to pretend that passing civil union legislation is a step forward for our state.”

Let us consider the following facts:

Let’s not pretend that civil unions are a fresh answer to a new question. This esteemed committee has debated any number of pieces of legislation related to domestic relations for nearly 15 years. Hundreds of Rhode Island same-sex couples are legally married already, and hundreds more have access to marriage just outside our borders. In this context, it is clearly wrong to create a separate legal class for same-sex couples.

With full marriage equality available to same-sex Rhode Island couples just over the border in any direction, I don’t know why anyone would settle for a civil union. Marriage is a much stronger protection, and with the civil union law so tenuous, if I wanted legal recognition of my relationship, I’d head to Massachusetts or Connecticut.

So what’s next? I don’t know. People are talking about the 2012 election cycle, and I think that’s an important consideration. But I also think we need to find a way to demonstrate the harmful impact of this legislation, hopefully one that doesn’t wait until a civilly unionized couple faces religiously motivated denial of their rights. Maybe a “buy-in”, where we encourage queer Rhode Islanders and their allies to spend money in the “equality states” of Massachusetts or Connecticut? Don’t worry, Jef, I’ll give you a ride. 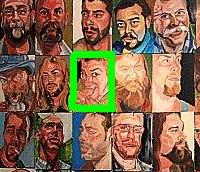