By Jef Nickerson on September 27, 2011 in Marriage, Politics

Ian Donnis reports on a movement by a coalition of organizations supporting marriage equality to get Sen. Jack Reed to sponsor the Respect for Marriage Act which would repeal the Defense of Marriage Act (which Sen. Reed voted for in 1996 when he was a Congressman).

The online campaign by the four groups will collect signatures from a variety of constituents across Rhode Island. Currently, Rhode Island honors the marriages of same-sex couples married out of state, but those couples are still harmed by federal marriage discrimination under DOMA. The state does not presently allow Rhode Island same-sex couples to marry within the state. Reed is the only member of the Rhode Island Congressional delegation who has yet to cosponsor the Respect for Marriage Act. Representative Jim Langevin joined Senator Sheldon Whitehouse and Representative David Cicilline in cosponsoring the bill nearly two weeks ago.

“As a distinguished military veteran and West Point graduate, we hope that Sen. Reed will recognize the importance of full equality for all Americans, particularly in this post ‘Don’t Ask, Don’t Tell’ world,” said Rick Jacobs, chair and founder of the Courage Campaign, a national grassroots, progressive online organization. “We ask that Reed join his colleague Senator Whitehouse and the majority of American people in calling for the repeal of the discriminatory Defense of Marriage Act.”

Senator Jack Reed stated, “I do not think the federal government should usurp the traditional role of the states by amending the Constitution to ban same-sex unions.” An intervention by the federal government to define marriage contradicts centuries of law and custom that allow the states to be the primary authority for family law. “Americans want Congress to work together and deal with pressing issues like finding a viable way to safely bring our troops home from Iraq. We should also be focusing on restoring fiscal discipline, securing our borders, and improving our nation’s health care and education systems. Congress needs to get to work on these issues and address the very real concerns that impact American families every day.”

While the Senator has not stated his support for marriage equality directly, his statement on states rights on the matter seems to indicate that he should be open to repealing DOMA.

MERI has a petition you can fill out on their website to urge the Senator to join the rest of Rhode Island’s Congressional Delegation in supporting DOMA’s repeal.

No wonder there’s no rush for Civil Unions, people are just going next door and getting married instead.

Word to the wise though, if you do decide to run for the border for your equal rights, be sure you are really really really sure you want to be married, because you can’t undo your marriage once you come back here.

The report cites at least three major reasons why couples are shunning the new statute: the inclusion of “an incredibly broad ‘religious’ exemption” that significantly undercuts the law’s purpose; the dashed expectation that, after 12 years of effort, a vote on a marriage bill would finally take place this year; and the prevalence of marriage states throughout New England, where “Rhode Islanders can travel a few hours in just about any direction and be in a state that, unlike their own, recognizes full marriage equality.”

0
By Jef Nickerson on September 6, 2011 in Marriage, Politics

Some of you may have received the email from us a few minutes ago related to the Tea Party rally that will be held in North Kingstown tomorrow morning at 11:30. We are asking our supporters to call or email Rep. Doreen Costa and let her know that we don’t support hatred in Rhode Island. You can email her here or call her (401) 206-6891. With politicians constantly thinking about reelection, a flood of phone calls & emails is the perfect way to make sure Rep. Costa knows we’re paying attention.

For some background on the back and forth between us and Rep. Costa today go to our blog. Here’s the GoLocalProv article.

“Costa says she opposes gay marriage, as Angle does, but she does not oppose granting gay, lesbian and transgendered people the same civil rights protections as other minority groups. She also supports allowing same-sex couples, if they are legally married, to adopt and raise children.”

If she doesn’t want to allow marriage equality then…….that would mean same-sex couples wouldn’t be able to adopt. (She also voted against the civil union bill and let’s just say it wasn’t because of the Corvese Amendment)

The ProJo reports that perennial Providence Mayoral Candidate and cable news darling, Christopher Young has been found guilty of resisting arrest at the Rhode Island State House during a hearing on the Civil Union’s Bill.

He was not found guilty of disorderly conduct, the Journal writes (emphasis mine):

Judge Anthony Capraro Jr. found Young guilty of resisting a deputy sheriff’s attempts to remove him from the Senate gallery, where he and his fiancée, Kara D. Russo, had been protesting the same-sex civil union bill. The judge, however, acquitted Young of disorderly conduct saying videotape and photographs clearly showed the couple “minding their own business” while quietly holding signs opposing the bill along the back wall.

“I find it obnoxious what you were doing in the gallery that day. But one man’s obnoxiousness is another man’s free speech,” Capraro said.

Nice; in other words, just because you didn’t break the law, doesn’t mean you aren’t an ass. 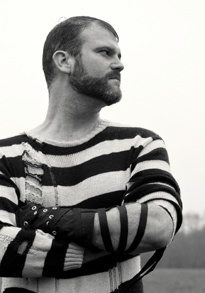 From the The Providence Journal:

In all, nine same-sex couples formalized their commitments to one another during the month, the first in which they could they could enter into marriage-like agreements with their partners.

Two of the ceremonies took place in Providence, two took place in Newport and one each in Burrillville, Cranston, Little Compton, North Providence and Pawtucket, said Peter Hanney, a spokesman for the state Department of Health.

Sen. Whitehouse testified today in favor of repealing the Defense of Marriage Act (DOMA). Watch below.

In this hearing of the Senate Judiciary Committee about the need to repeal the Defense of Marriage Act (DOMA), Senator Whitehouse shared stories of Rhode Island same-sex couples who have been affected by this misguided policy.

It is not everything that we could have wanted, but it is a start

ProJo reports that demand is light for civil unions on this the first day that city and town halls are open after Governor Chafee signed the civil unions bill on Saturday.

ProJo reports that as of 2:30pm, no one had applied for a civil union license in any of Rhode Island’s largest cities; Providence, Warwick, and Cranston.

Aaron Coutu and Ray Daignault, a couple that has been together for 13-years, appear to be the first (and perhaps only so far) to apply for a civil union license; at Burrillville Town Hall. Congratulations Aaron and Ray.